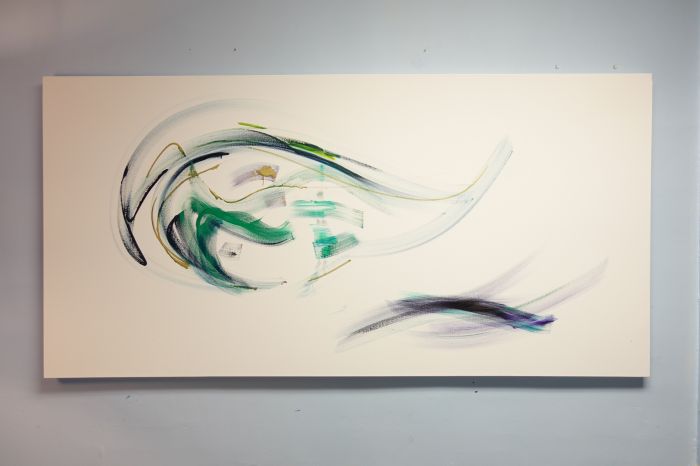 
My characters are shape, color and texture.

They are also you and me.

But you could say they are close friends, rivals, lovers, objects and places.

That know about love and about loss.

From the blues to the rods, and the hues to the squares.

They find their own ways to hide their deep sorrows.

About the Artist: Arturo Deza was born in Lima, Peru in 1990. Arturo was always fond of the American Dream as he was raised in North Bethesda, Maryland as a boy from 1992-1998 when his family fled the country to escape from the Peruvian Dictatorship of the 90’s. In 1998 he moved back to Lima, Peru where he attended Colegio Peruano Britanico -- an international british school that gave him his first exposure to painting which he pursued vividly during his last 2 years of high school from 15 to 16. It was at this age that he experienced an untameable passion for engineering, leaving the arts and majoring in Robotics at Universidad Nacional de Ingeniería in Lima, Peru. He then moved to Santa Barbara, CA to pursue a Ph.D. in Dynamical Neuroscience from the University of California Santa Barbara, where he learned how to surf, and began painting again during his last year of graduate school after a 13 year hiatus. Now at 29, he is currently a PostDoctoral Research Scientist at Harvard University and the Massachusetts Institute of Technology where he works on making robots see like humans. He currently lives in Somerville, Massachusetts where he sporadically surfs and paints on the weekends. 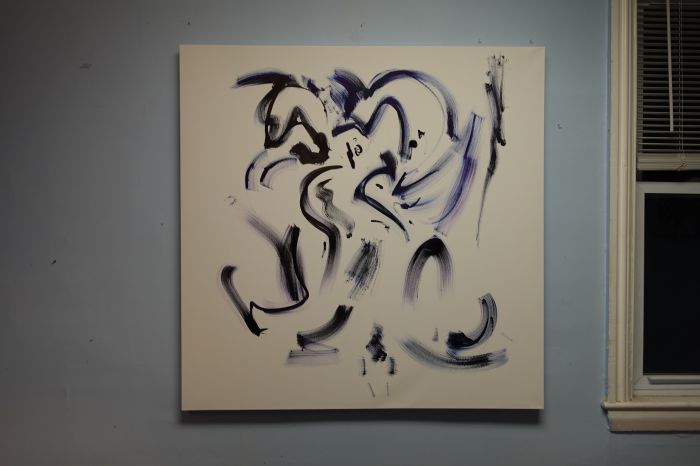 She only cries on Sundays (In front of the mirror, when no one is watching)
Oil on Canvas
36" x 36" 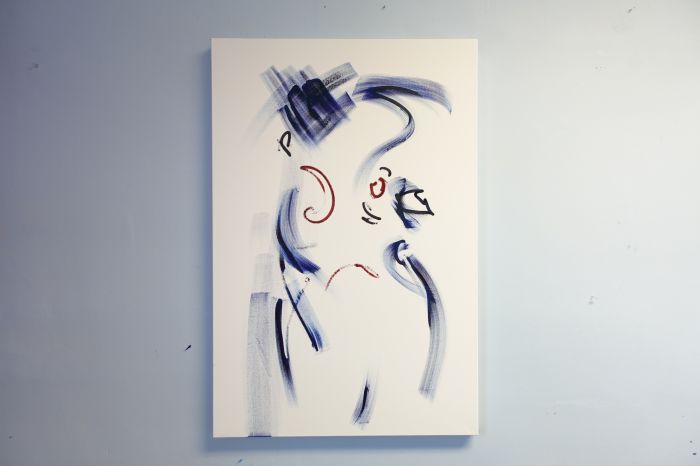 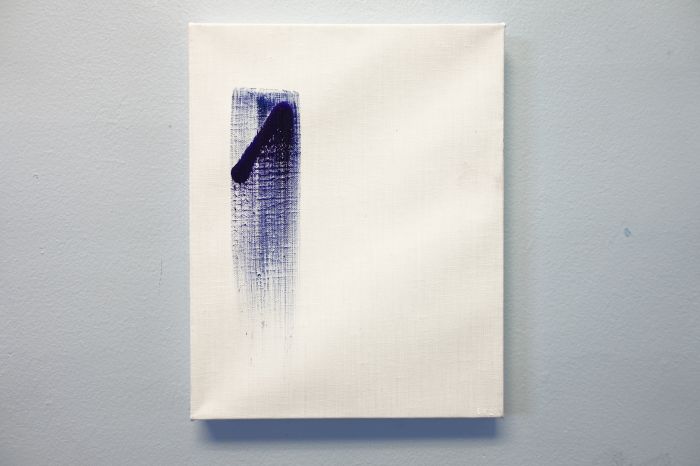